Fantastic first season in East Region, Division 1, achieving 3rd on the table! Also the winners of division 1 of the St Albans Indoor League for the 2nd year running!

A slow start to the season but a strong finish, landing the team 4th place in Herts Div 1 league and maintaining their status in the Harlow League in their first year in Division 1!

A good first year together, winning games we thought we couldn't and loosing some we shouldn't! 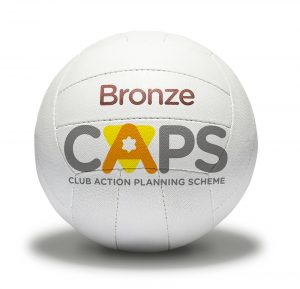 Omega Netball Club is a premiere, Bronze CAPS accredited netball club based in Hertfordshire. With 3 Senior teams and a Youth Team, we cater for different levels of ability, and with the help of our seasoned coach, players can expect to progress their talents and up their game through well structured and time-tested techniques, many developed by the team’s coach himself.

We have also added a small Junior section to our Club, which currently consists of a  group of 20 mixed Yr 8 & 9’s.   This age-group have been training from September through to end of March and played their first competitive league during the Winter season.  They have been extremely lucky to have gained sponsorship from a local roofing company,  ‘R Vale Roofing Ltd’  who have been very generous in supplying dresses, trousers and hoodies for all of the girls, which has helped with starting the teams off, so greatly appreciated.

Insights from the Omega Netball Teams

A tough opposition for Omega 2 today as they replay Hornets,  whom they lost to in the first round of games, so they know they have to pull out the... Read More
January 4, 2020 in Herts League Match Reports

The first game of 202o and the B team meet Watford Premier....the team that they drew with after having a 12 goal lead in the first round of the games,... Read More
December 7, 2019 in Uncategorized

The final game in the first rounds of the Herts County League, first division games and Omega face Turnford 4 for the first game of the day. Omega start the... Read More
October 30, 2019 in Regional Match Reports

Omega 1 met Norfolk Utd in the East Region, division 1 fixture on Sunday 27th October.  Omega expected a tough and closely contested game as is usually case when these... Read More

Get in touch for more info or to join today! Contact Us

Sorry, no Tweets were found.